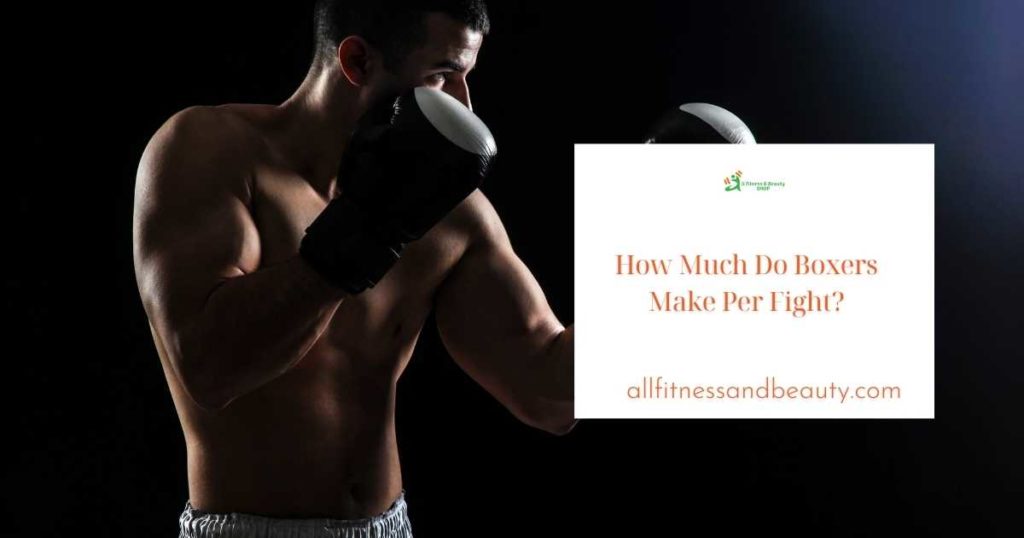 Floyd Mayweather is just one of the boxers who is living a lavish lifestyle. Unfortunately, not all boxers are as fortunate as he is. Most boxers are broke. Out of the total income, only 32% will go to the boxer. And that is before taxes. For most boxers, boxing is not that profitable.

How Much Do Amateur Boxers Earn Per Fight?

By law, they are not allowed to earn for every fight. Amateur boxers can earn money by joining the World Series of Boxing. They can earn at least $25,000 a year. If boxers win, they get a $5,000 bonus.

But boxers are only offered to join the World Series of Boxing if they have the potential to head to the Olympics.

Do Boxers Get Paid If They Lose?

Win or lose, professional boxers will get paid. Matches are not determined by winner takes all. Even though the losing boxer is paid less, they are still compensated nonetheless.

The payment is decided based on their match-up, their experience, and their sponsors. In that case, if the losing boxer is popular, he/she will still get a significant amount of money.

The victorious fighter will get additional payment, which is larger than the loser.

The average earning of a pro boxer is $2,225 per fight. But experienced boxers can earn as much as $6,000 per fight minus expenses and taxes. Per year, boxers can have up to four to five fights. They make around $30,000. But this amount does not include sponsors and endorsements.

Some fighters, like Manny Pacquiao and Floyd Mayweather, earn more than this amount.

A boxer’s earnings will depend on his boxing record, his popularity, and other factors.

Is Boxing a Good Career?

Boxers make a living through fighting. They can also make money through endorsements and sponsorship. However, boxing is a high-risk job. Nevertheless, boxing fares better than average.

It is a popular sport. The amount of money to be won will depend on the popularity of the fight and the ticket sales. In that case, as long as people continue watching fights, the demand for pro boxers will remain high.

The Path to Becoming a Boxer

Pro boxers need thorough training. They need to compete in matches to win titles. But fights are just a part of a boxer’s working life.

Most of their career requires strength training, running, rope skipping, and developing skills. They also need to manage their weight to meet a certain weight category.

There is no educational requirement to turn pro. However, you will need to obtain a license from the state’s athletic commission to become a pro boxer. Amateurs may also need to be licensed before participating in a fight.

To obtain the license, you need to show that you are of good moral character. You also need to undergo medical tests, like blood work and neurological examinations.

Reaching the top of your game requires a lot of training. You also need to travel a lot for boxing matches. Plus, you must have a good manager who can find suitable opponents.

Pro boxers also hire promoters to help them in promoting their bouts. The prize money from boxing may not be enough to support your retirement. In that case, you need to have additional income.

Then again, you could millions of dollars per year if you are an extremely popular boxer. Remember the fight between Manny Pacquiao and Floyd Mayweather? Floyd bagged $250 million from it.

Then again, such prize money is extremely rare. As mentioned, the average boxer only earns around $30,000. You also need to pay for your travel and training expenses. Plus, you must have serious health insurance.

What is the Average Career of a Professional Boxer? 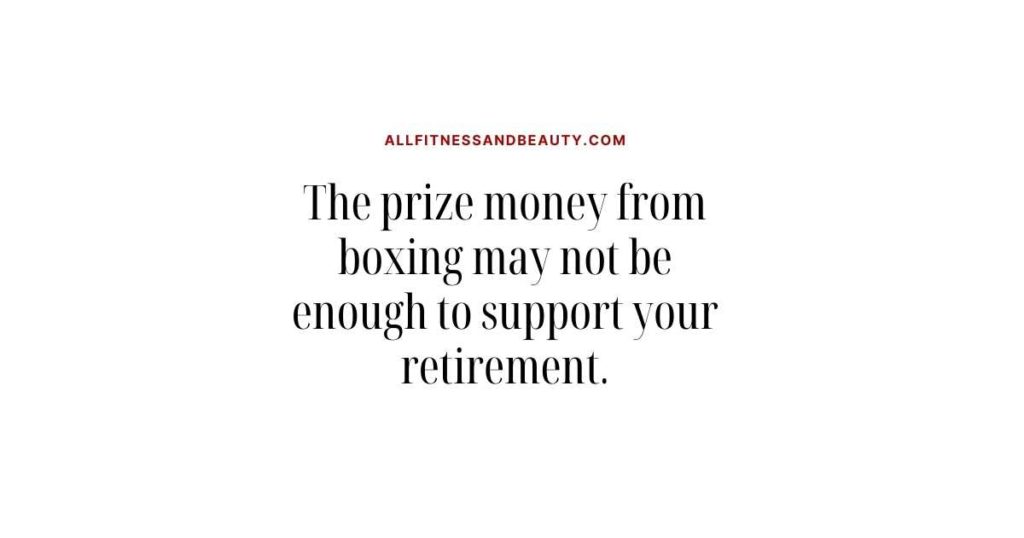 Some boxers retire earlier even if they are on top of their career. Rocky Marciano, for instance, had a short career. After defending his title in 1955 against Archie Moore, he retired. Although he desired to make a comeback after four years to fight Ingemar Johansson, he decided not to. He pursued a career in TV. But he died in a plane crash in 1969.

The longevity of your career will depend on your health. A bad injury can stop your career fast. Boxing is a brutal sport. There are several stories about boxers being knocked out and they were not the same.

While training, boxers need to control the damage they sustain. Sparring may lead to brain damage. Hence, boxers who don’t spar as hard as in their real fight are better off over the long term.

Fighters need to take care of their health so they will last as long in the ring.

The Cons of Being a Professional Boxer

The risk of injury is one of the drawbacks of a pro boxer. You can sustain a damaging injury even during training. Whether it is traditional boxing or kickboxing, you run the risk of fractured jaws, black eyes, and worst, brain damage.

However, if you are only boxing for fun, injury is minimal. The reason for this is that there is little physical contact as you only box against a punching bag or pads.

As a professional boxer, though, you need to practice defending. You have to learn the techniques on how to keep your guard up and move around. Then, you have to know how to dodge your opponents’ attacks.

Even though you wear protective equipment, like cups, boxing gloves, mouth guards, and wraps, injuries can still arise. You will be knocked out if you get a blow to the head.

How much do boxers make per fight? It depends on various factors, such as your popularity, pool money, etc. The more popular you are, the more money you can get, even if you lose.

On the other hand, if you are just boxing for fun, you will not earn anything. But you can build your stamina and lose weight. To help you get started, consider having boxing equipment at home, like punching bags. You can shop for different types of punching bags here.

Boxing is a popular sport. It’s not just a sport but it’s also a hobby for many people. You can’t blame them because it offers a lot of benefits. Most people think that its benefits are related only to the physical health of the boxer. But some of them are actually associated with mental health.... 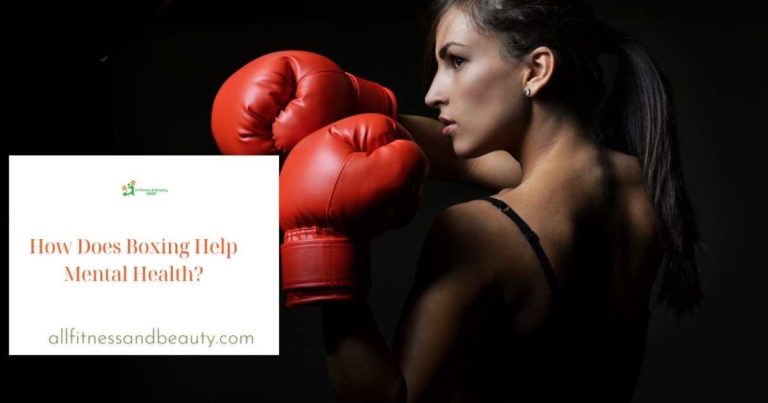 Boxing is a popular sport. It’s not just a sport but it’s also a hobby for many people. You can’t blame them because it offers a lot of benefits. Most people think that its benefits are related only to the physical health of the boxer. But some of them are actually associated with mental health. […] 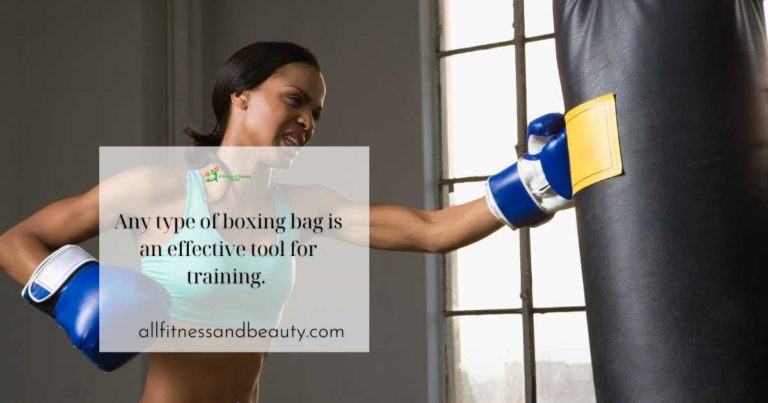 What is a Boxing Bag Workout?

A boxing bag is a vital piece of training equipment used by boxers, or MMA fighters. It’s classic equipment that offers a high-intensity boxing workout. Because it’s easily available online, anyone can get his/her hands on it. What is a Boxing Bag?  The first heavy bag patent was registered in 1872. Since its inception, the boxing bag has become […] 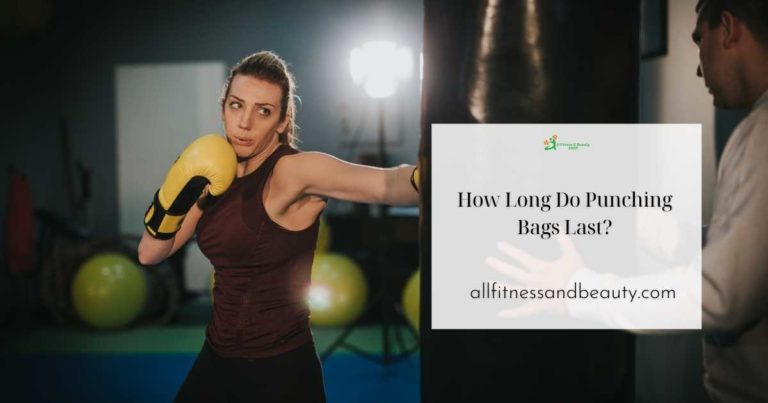 How Long Do Punching Bags Last?

Having punching bags at home will help you work out every day. Heavy bags can be used as a motivational tool for you to start exercising in the morning. If you’re going to invest in them, there are some questions you want answers to. For instance, how long do punching bags last? We’re going to answer […]

No products in the cart.